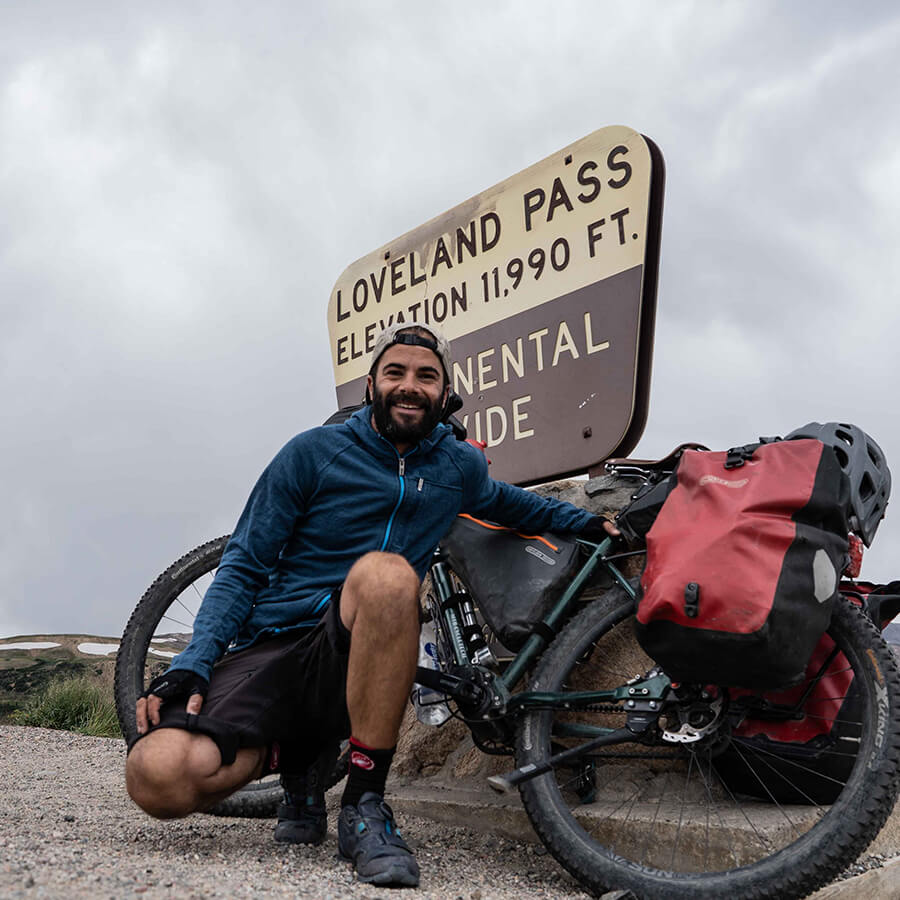 Swiss citizen Florian Reber cycled 6,300 km in 71 days through the Rocky Mountains in summer 2019. He observed and documented climate change along the Continental Divide from British Columbia to New Mexico. This was his second long-distance cycling tour as part of  the “Tales of Change” project. He completed the first in 2018, crossing the Alps from east to west.

The Rocky Mountains are a unique natural spectacle. Many Americans are proud of these breathtaking places, be it the majestic glaciers or the wilderness and vast expanses of the western United States. These locations are part of national identity, history and myths. And they are heavily affected by climate change.

On the way Florian meets people who experience climate change first hand. He lets them talk about their problems, but also about their solutions. He has documented his project under the title “Tales of Change”.

Starting in Vancouver, BC Florian followed the remote trails of the Great Divide Mountain Bike Route through Montana, Wyoming, Colorado and New Mexico. For 71 days on the bike, he met with First Nation guides, artists, climate and natural scientists, artists, firefighters, farmers and energy experts along the way and filmed the conversations during the interviews.

After a train ride through the USA, his last day of cycling led him along the Hudson river to arrive in New York City on 21 September 2019. He is currently working on a documentary film to give these incredible people a voice and to draw attention to global climate change. 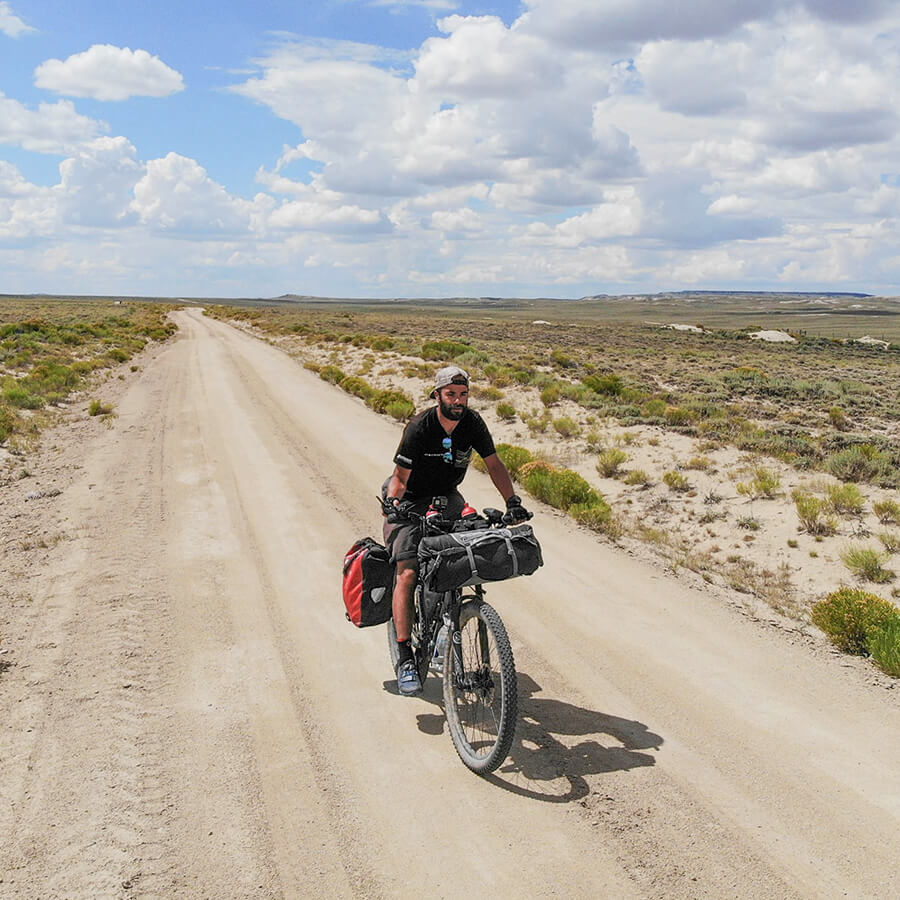 On the trail of climate change at the Great Divide Basin, Wyoming. Florian Reber cycled over 6,000 km through the Rocky Mountains. 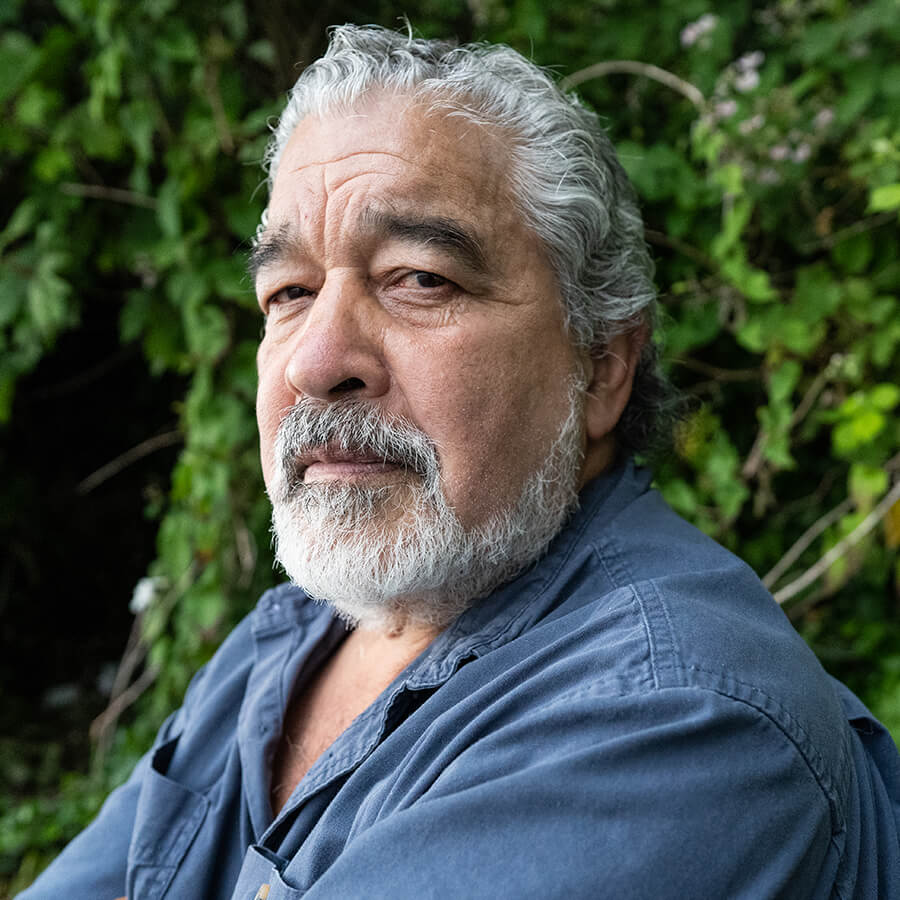 Guujaaw was president of the Council of the Haida Nation for many years and was at the forefront of his people’s commitment to protecting their land from deforestation and other natural resources. 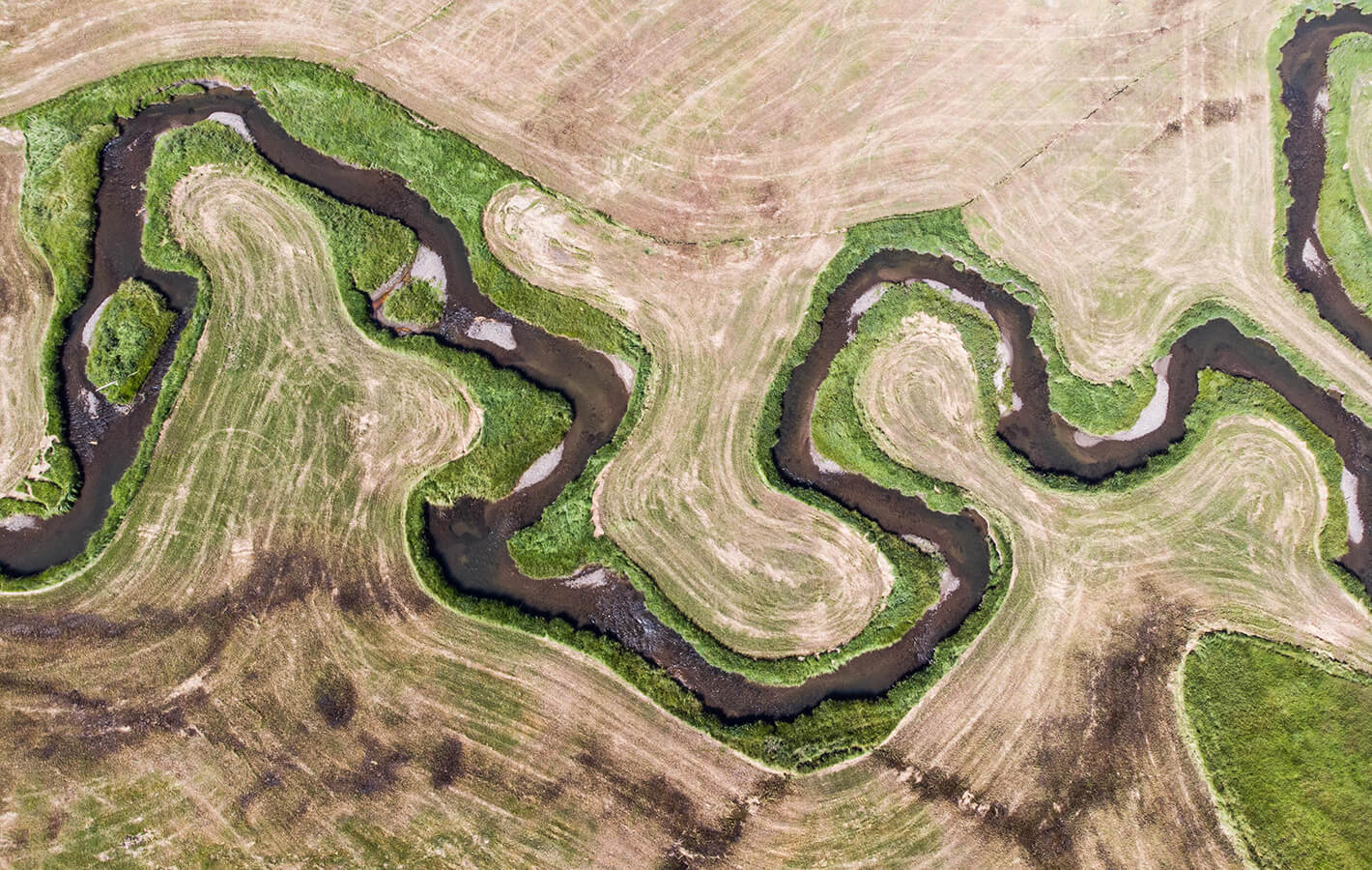 View from above: Meandering creek in agricultural land, Colorado.

THE ROCKIES ARE WARMING TWICE AS FAST AS THE GLOBAL AVERAGE. THE IMPACTS ARE FAR-REACHING.

THE CONSEQUENCES OF CLIMATE CHANGE ARE ALREADY EXTENSIVE

Travelling by bike means experiencing every distinct element of every landscape. You see the changing geography, hear different animals, and notice changes in the flora along the way. From the coastal rainforests in BC, the bizarre calls of the common loon, to the wide-open space and the smell of sagebrush in Montana and Wyoming, forests with miles and miles of dead trees (destroyed by wildfires and the mountain pine-beetle), to the snowy peaks in Colorado and the howls of the Coyotes that keep me up at night. When cycling along the Continental Divide, you do not miss out on any of them… 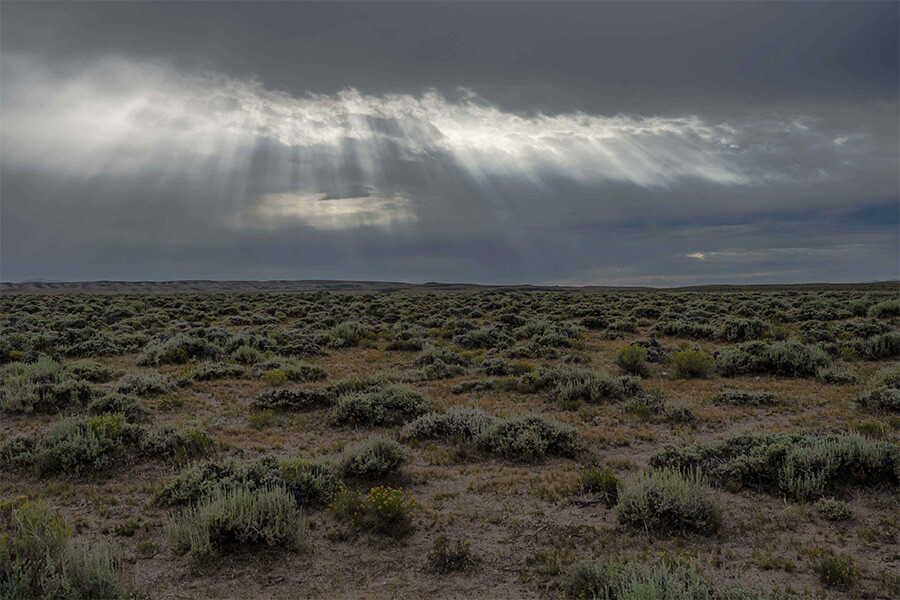 Native sagebrush grows for miles around the Great Divide Basin, Wyoming. How much longer? 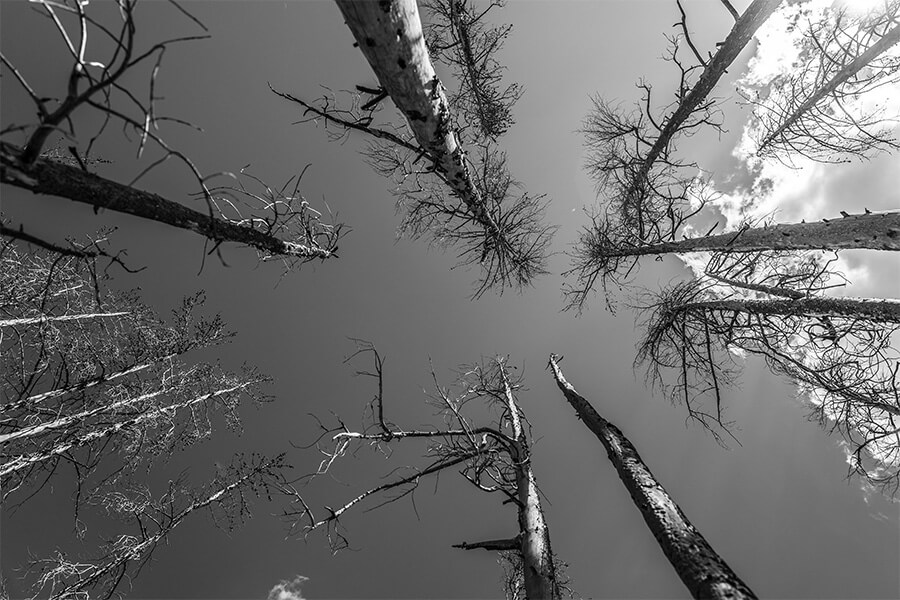 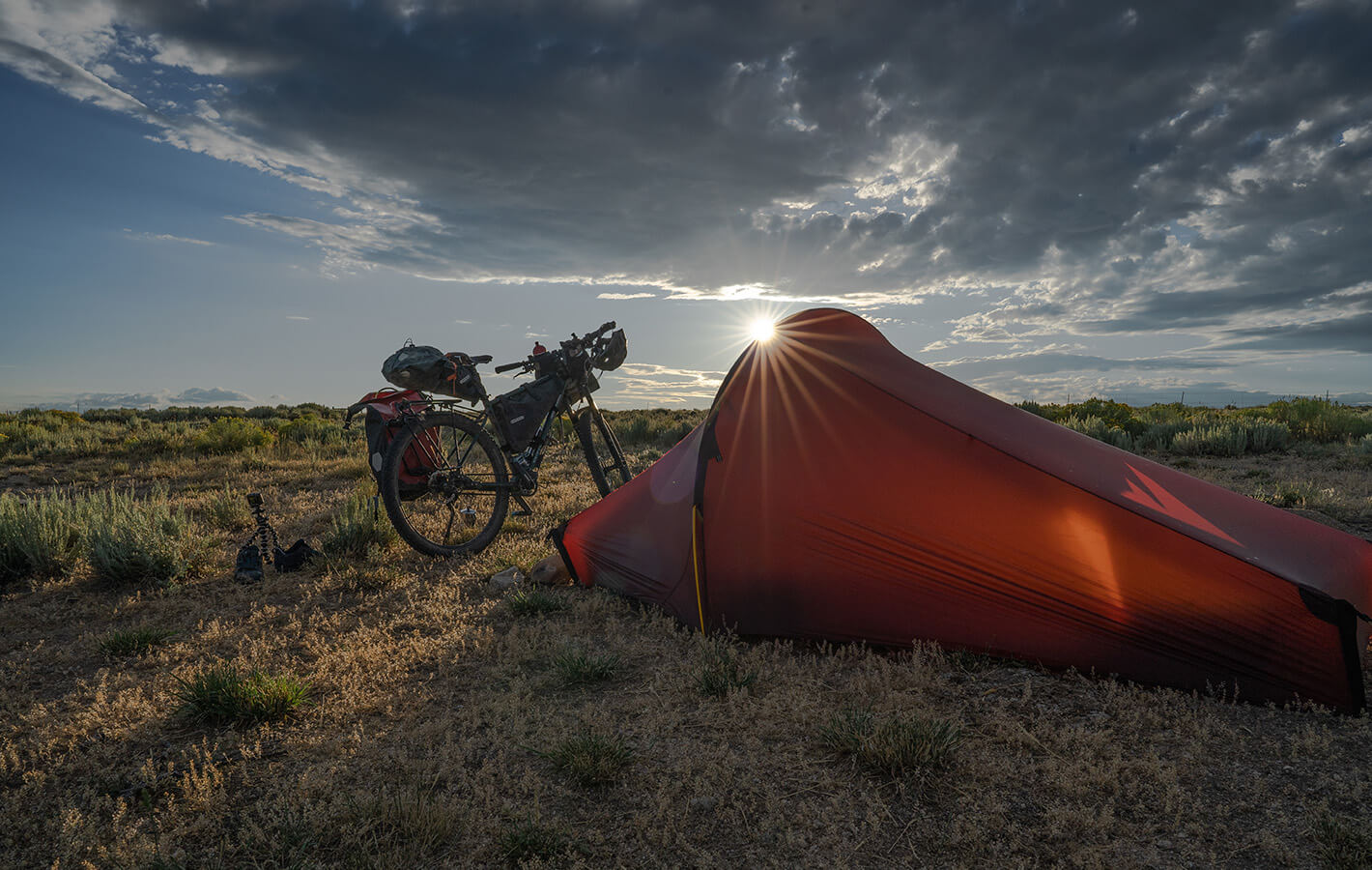 Crossing the the continental divide by bike means to spend day and night outside in nature for Florian. 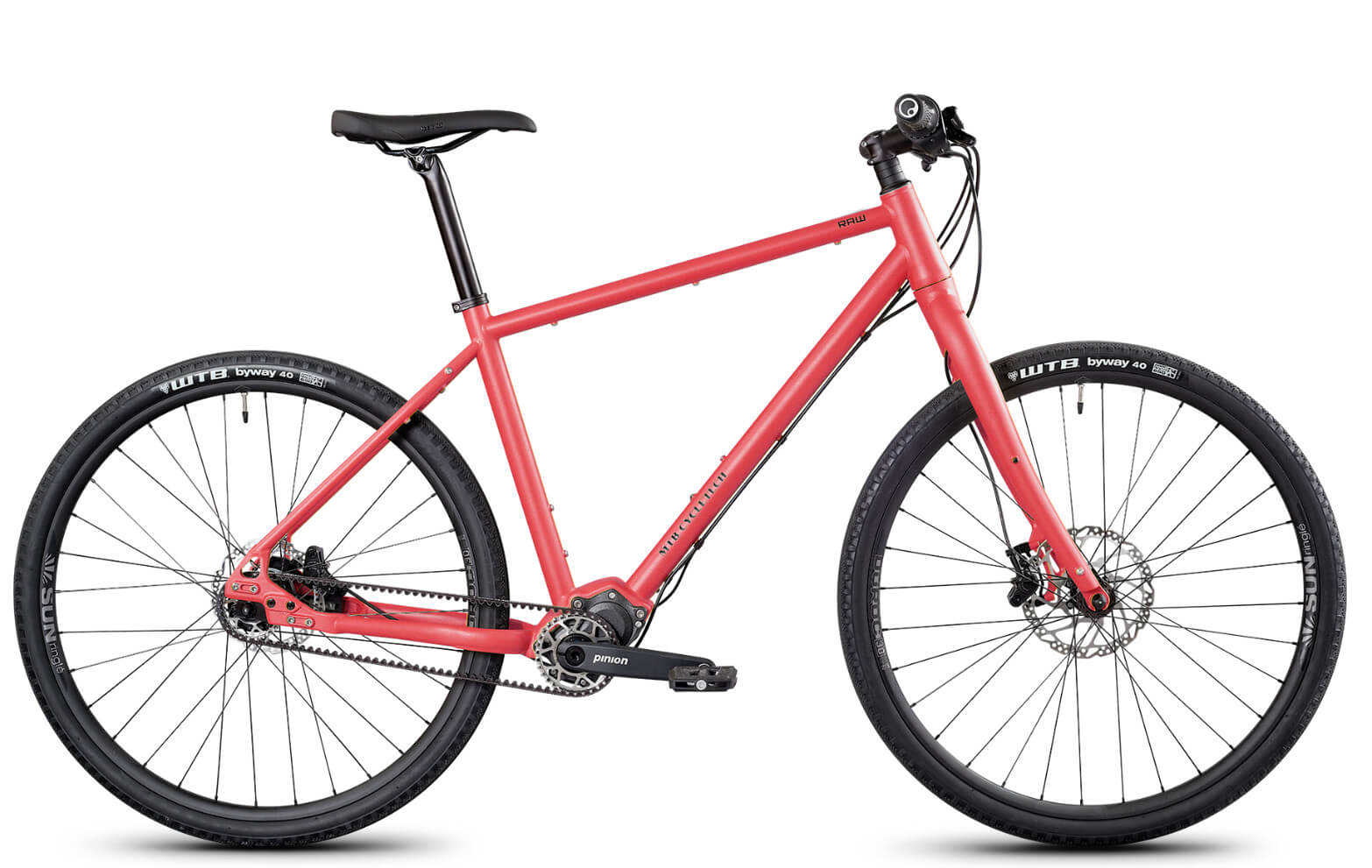 Florian decides on a bike from the Swiss manufacturer MTB Cycletech. The RAW model is available as city or off-road version, which speaks for its versatility. This is extremely important for Florian, because he wants to use his bike in everyday life even after this trip. The frame geometry with flat steering angle and short chainstays is well-balanced, the bike is stable and agile at the same time.

THE PRIVILEGE OF TRAVELLING SLOWLY AND SIMPLY

Travelling at slow speed, progressing pass-by-pass, day-by-day, unmotorised and with total devotion given to living on a bicycle, enduring wind and weather, and the many unforgettable encounters along the way all contribute to this experience. More so, I now have the feeling that the simplicity of travelling by bike seems to match our mind’s ability to absorb and process our surroundings so deeply that no other way of moving can. 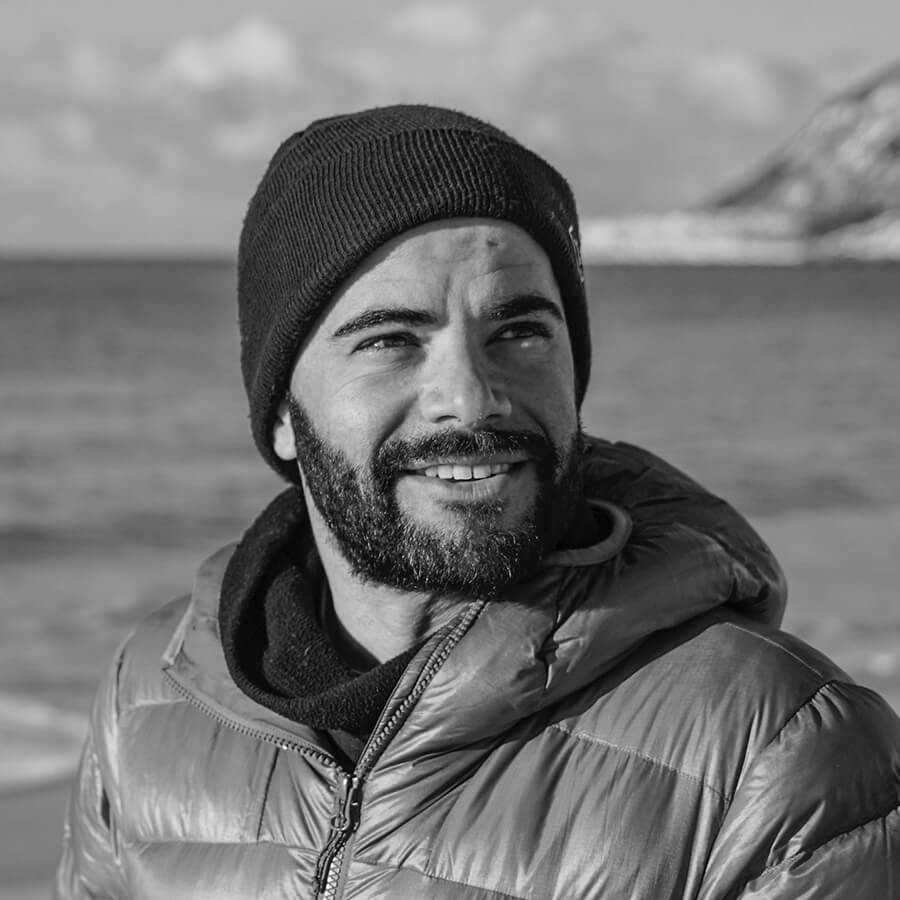 “Spending so much time outside and engaging on an issue I care about was an incredibly enriching experience. I understand that not everybody likes long-distance cycling, nor has the opportunity to spend several months pedalling in remote areas. But if you have not yet, I would encourage you to try to find your personal way to connect with nature. It might strengthen your commitment to protecting it.”
– Florian Reber

Learn more about this impressive project!

LONG-DISTANCE CYCLING ALLOWS US TO GRASP CHANGING LANDSCAPES FOR WHAT THEY EVENTUALLY ARE – ONE CONNECTED PIECE OF LAND.