How a vision started a trend 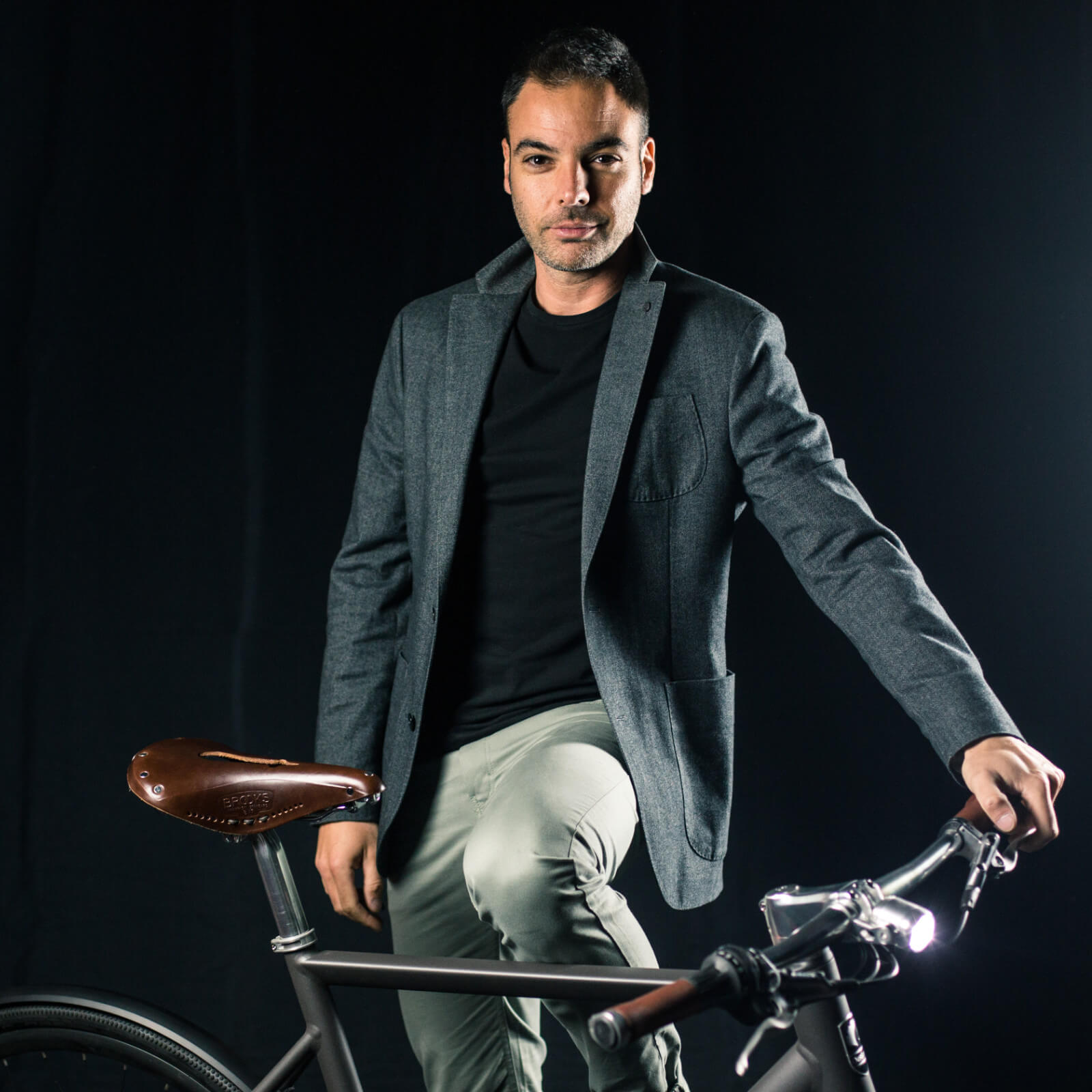 Joaquin Cortés, founder and CEO Desiknio Cycles.
2018 was a thrilling year for Joaquin Cortés. The young Spanish designer traveled to Eurobike with a unique bike in his luggage. It wasn’t just any bike, but his vision of a modern eBike. It was a rideable prototype of an urban gearbox-driven eBike that weighed just 15 kg. But the statistics did not tell the whole story. Joaquin dispensed with the clumsy handlebar-mounted display and bulky external battery. Instead, the control unit was cleverly integrated into the top tube and the batteries hidden in the slim down tube. The frame itself was designed around the Pinion gearbox. The Pinion eBike was powered by the unobtrusive Mahle ebikemotion rear motor, which was a perfect match with the Gates belt drive and Pinion transmission.

Fast forward to 2021 and Desiknio Cycles has established itself as highly respected player within the eBike market. The demand for lightweight urban eBikes with maintenance-free components has increased tremendously. The Corona pandemic has pushed demand even higher as cycling within cities has proven to be a safe and even trendy form of recreation. The cycling industry and press have also caught on to the “eBike Light” concept. Since 2018, Desiknio have optimized their production process and are now able to build more bikes in less time without compromising quality. Alongside these advances have come developments in technology and design. The latest generation of their eBikes are barely recognizable as such, with a svelt, puristic design and new internal cable routing and color variants.

In the two standard configurations, Desiknio offers both standard specifications and the option to customize your bike with your choice of gearbox (6-, 9- or 12-speed), fork (aluminum or carbon), and a selection of saddles, racks, lights, and mudguards. In addition to their standard colors, there are a wide range of RAL colors to choose from. This custom powder-coating option is available for an additional 150.00 euros. 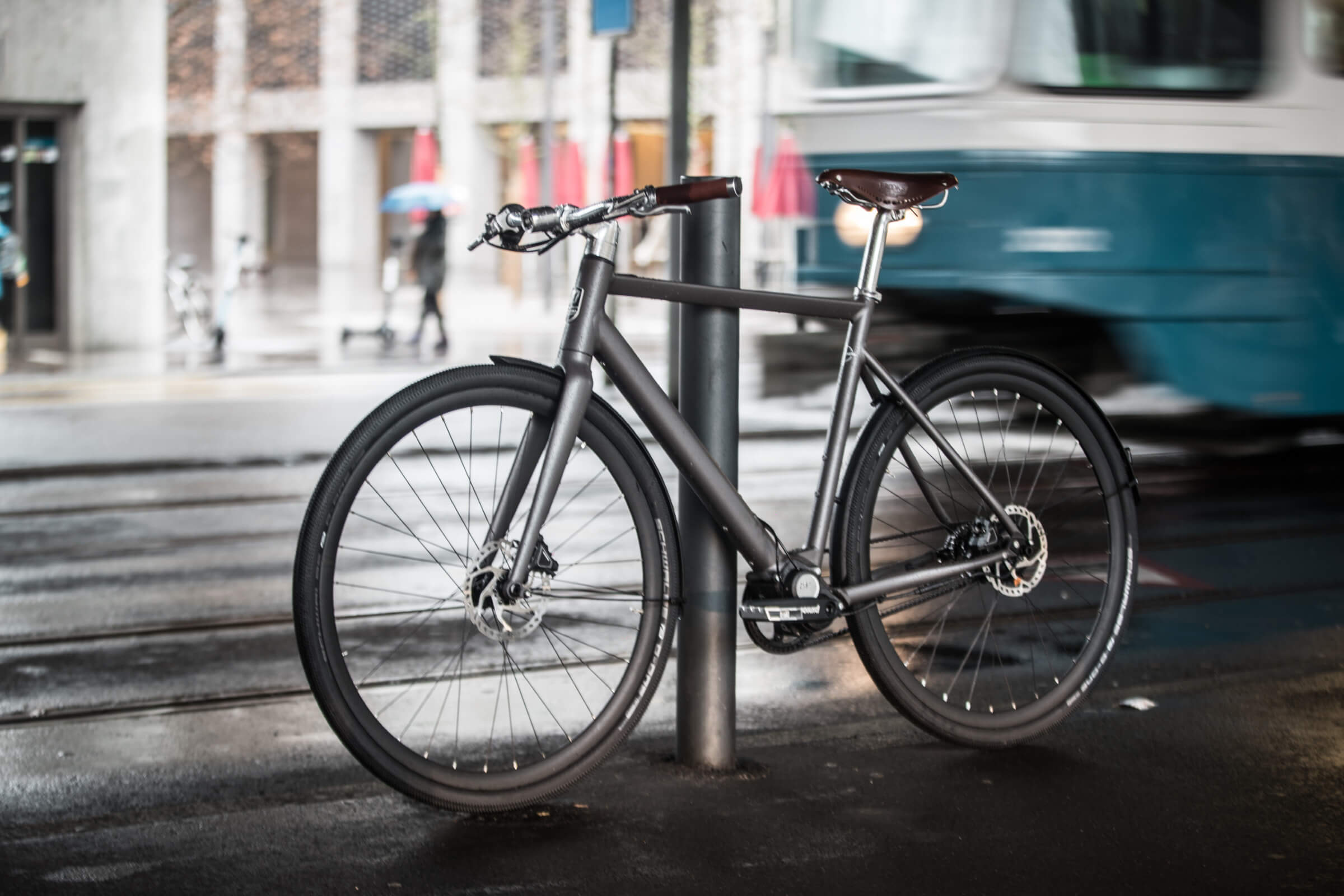 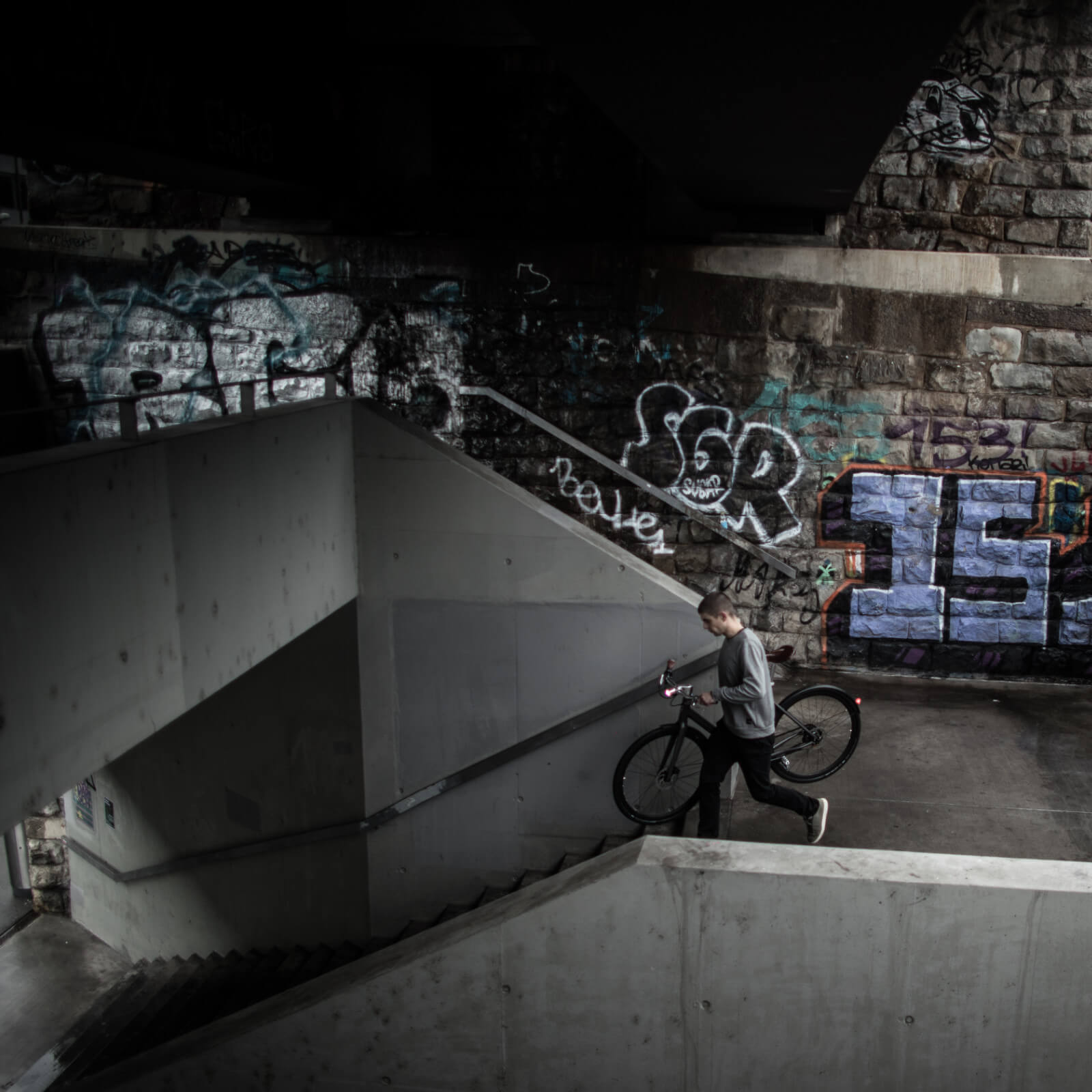 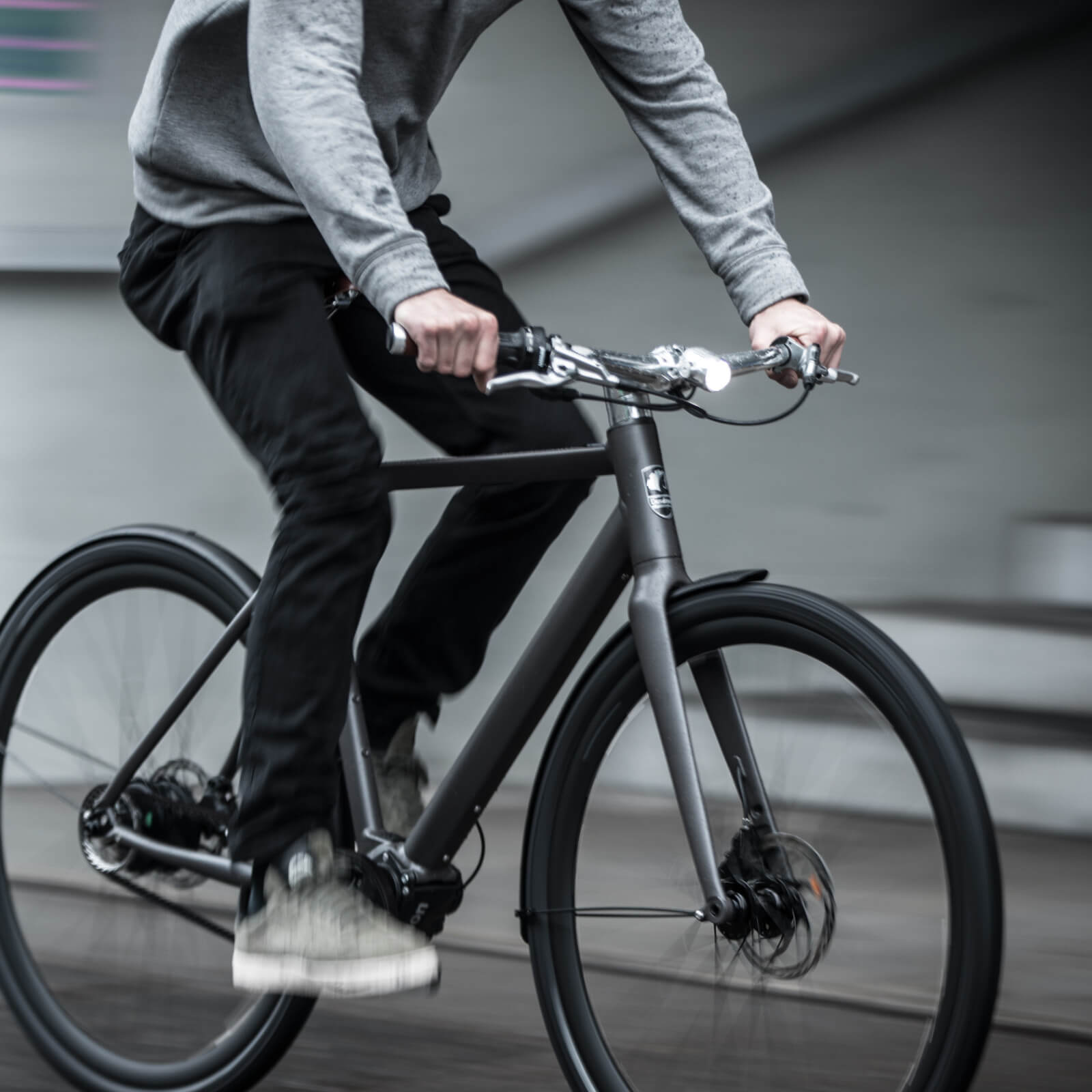 The model shown below is available in limited quantities and with selected components. The Limited Edition model is equipped with a P1.9XR transmission, black carbon fork and metallic “Granada Red” finish. 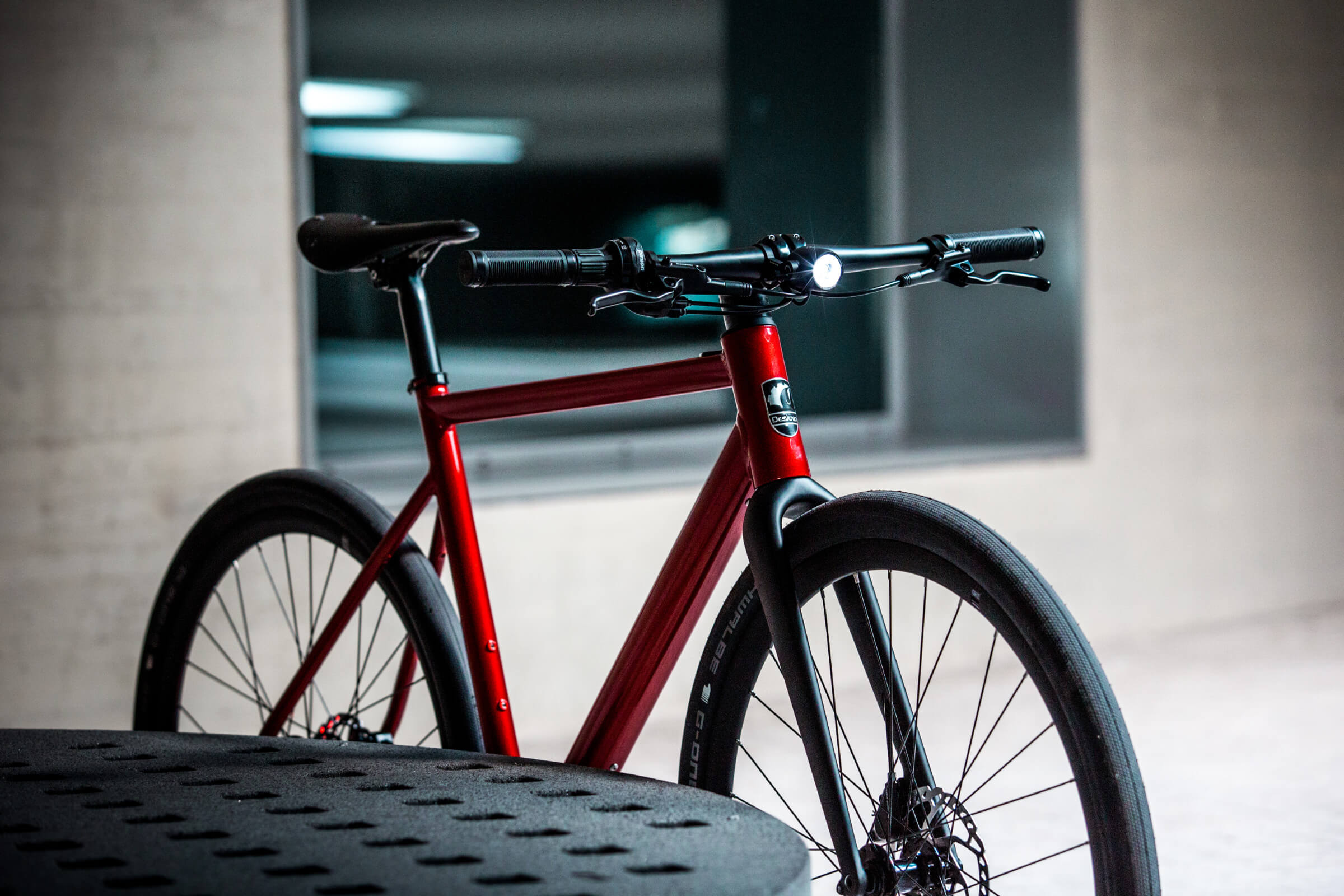 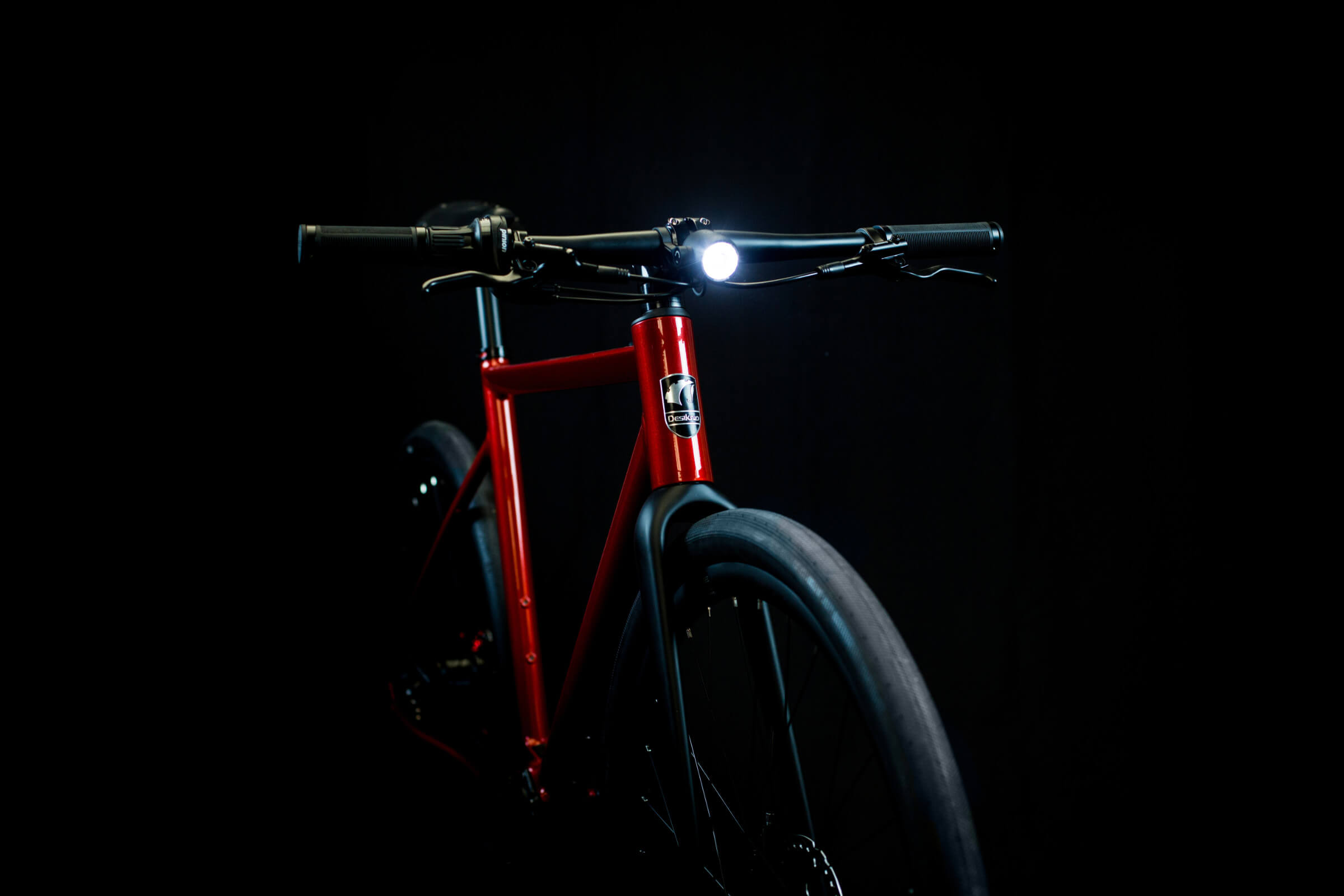 Safe in city traffic: Supernova lighting ensures excellent visibility at dusk and in the dark. 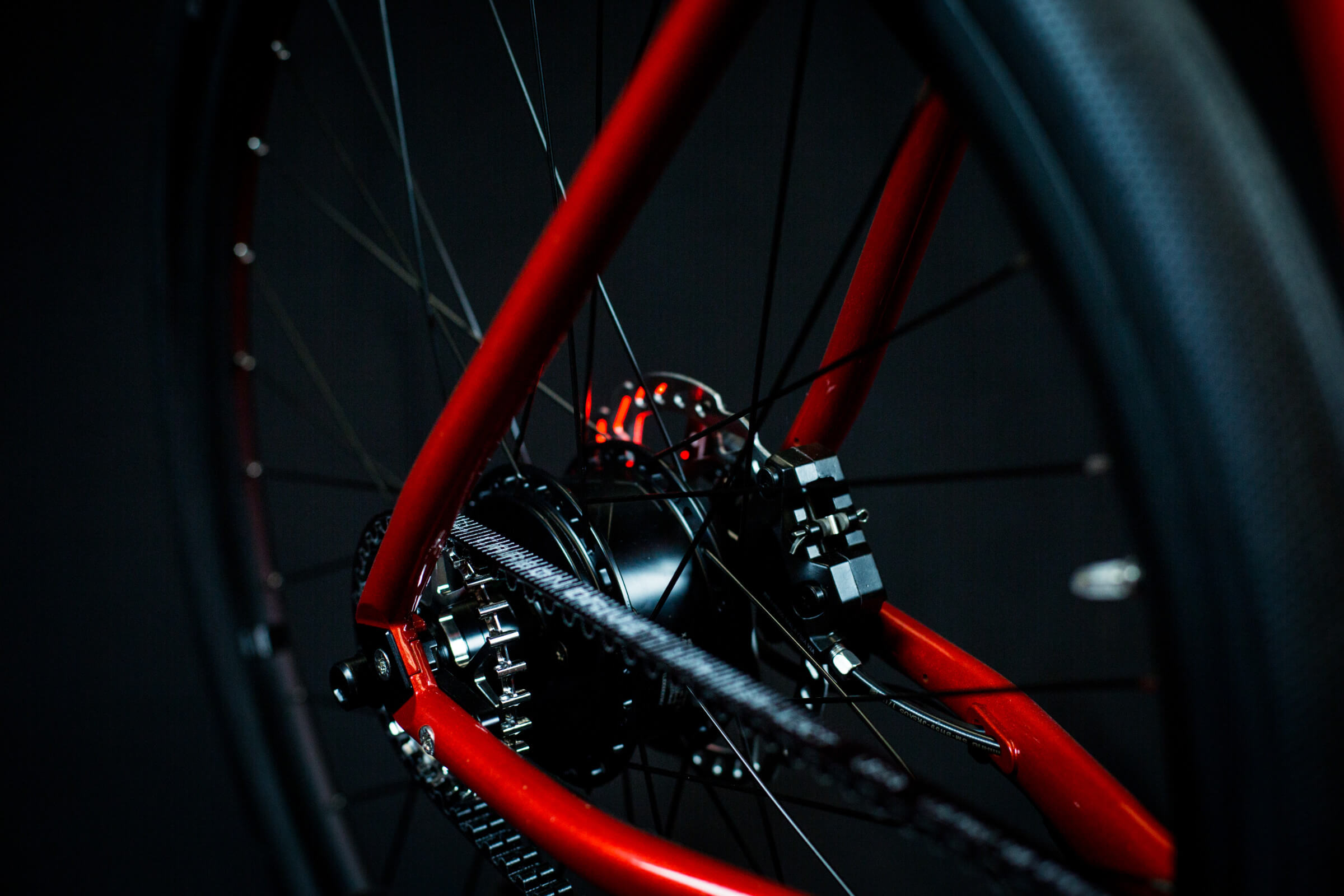 Oil the chain? No thanks! The Gates Carbon Drive belt runs smoothly, cleanly, and is exceptionally durable. This chain-alternative is the perfect complement to the low-maintenance drive system of the Pinion central gearbox and Mahle ebikemotion rear hub-motor. 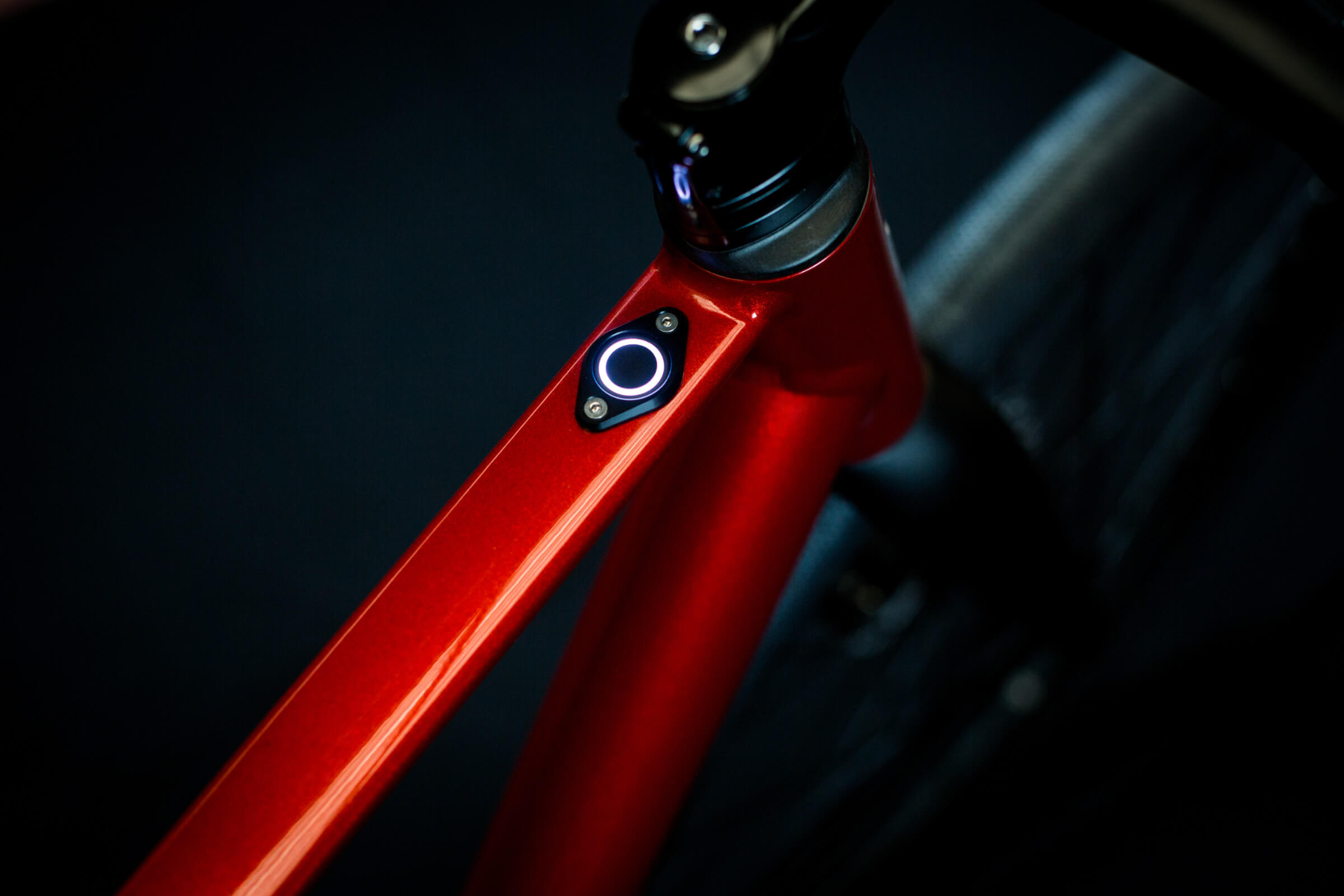 Support at the touch of a button: The “electric tailwind” is activated or deactivated by a switch in the top tube. 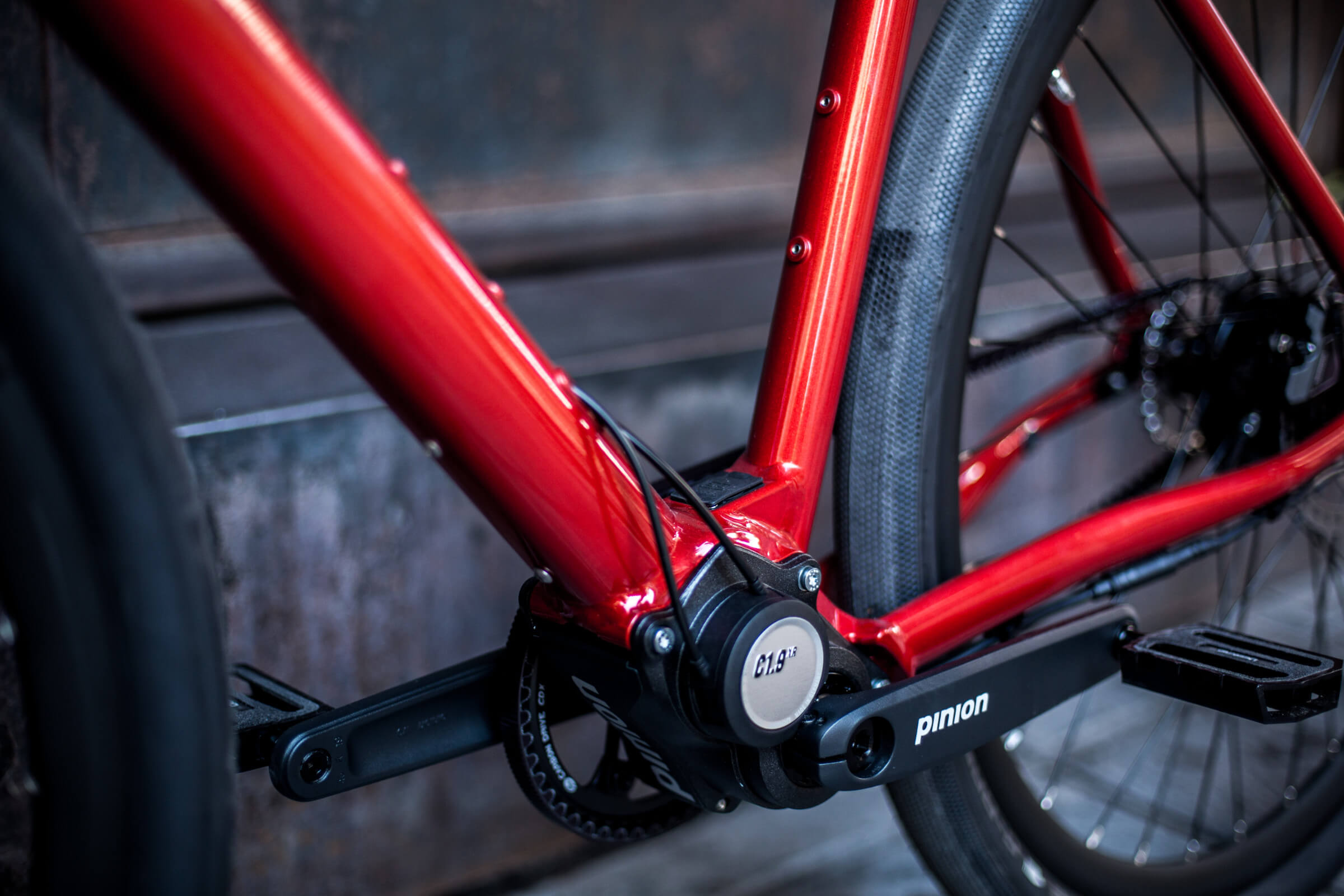 Expected to be available from May 2021. More information is available directly from the manufacturer Desiknio Cycles and from Desiknio dealers.