A CARGO BIKE DREAM FAR AWAY FROM ALL STANDARDS

Even as a young boy, Jaap built cargo bikes. As teenager he welded standard trailer hitches to classic Dutch bikes. The fully extendable and light trailer for this purpose he of course also built himself. His fascination for cargo bikes never really diminished, but something seeped away when Jaap got his driver’s license and eventually his first car. From then on, Jaap got on his mountain bike in his spare time and in this context he also became aware of the low-wear and almost maintenance-free Pinion gearshift. That convinced him. As a mechanical engineer in the field of mold design, Jaap is familiar with CNC machining and it was clear to him that one day he would build himself a bicycle with the Pinion P-line. Increasingly annoyed by increasing traffic, Jaap was caught up last year by his passion for cargo bikes. A practical bicycle with enough loading space to carry his groceries and to cover the daily commuting distance of 20 km: The idea for an electric cargo bike with Pinion was born. During his research, Jaap quickly came across bullitt-bike.de – exclusively this dealer offers the possibility of combining Bullitt cargo bikes with the Pinion system. For this purpose, conventional Bullitt frames are modified accordingly by a renowned frame builder for the connection of the transmission. Then suddenly everything went very fast and since a few weeks Jaap is the proud owner of his Pinion eBullitt. 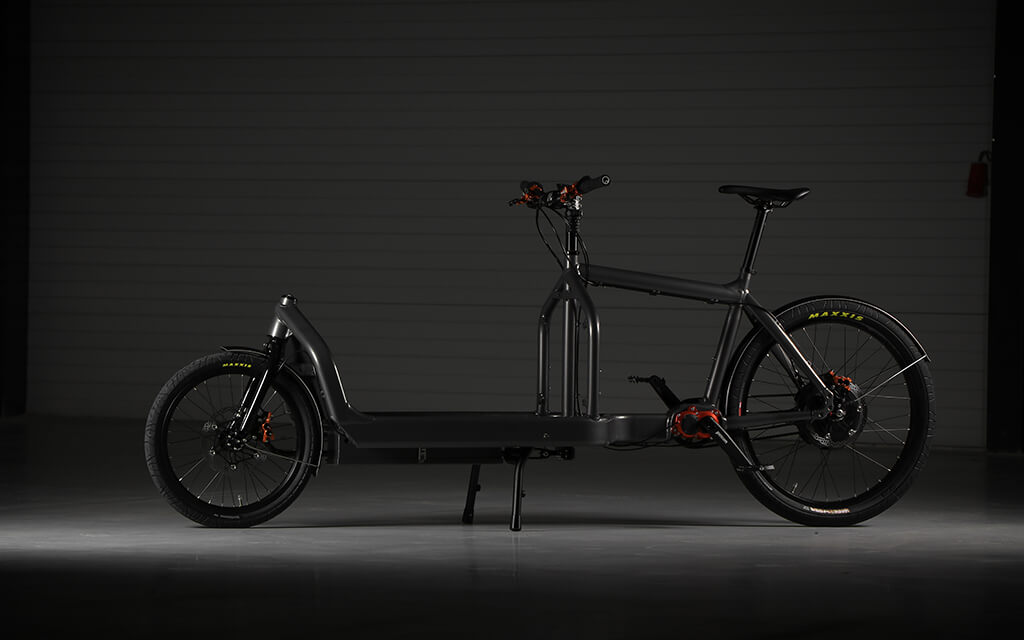 A harmonious overall concept: Jaap, the owner of this Pinion eBullitt Cargo Bike, took a lot of time in advance to customize his cargo bike. This began with the selection of the frame color and the appropriate components and took place in close coordination with Norbert Wudick of bullitt-bike.de, who provided advice and assistance and built the bike according to Jaap’s wishes. Almost too good for transporting loads: Before the Pinion Bullitt Cargo Bike is used as a commercial vehicle for transporting purchases, parcels, beverage crates, etc., Jaap took the opportunity to take his custom-made load bike into the photo studio. We think it also makes a good model! 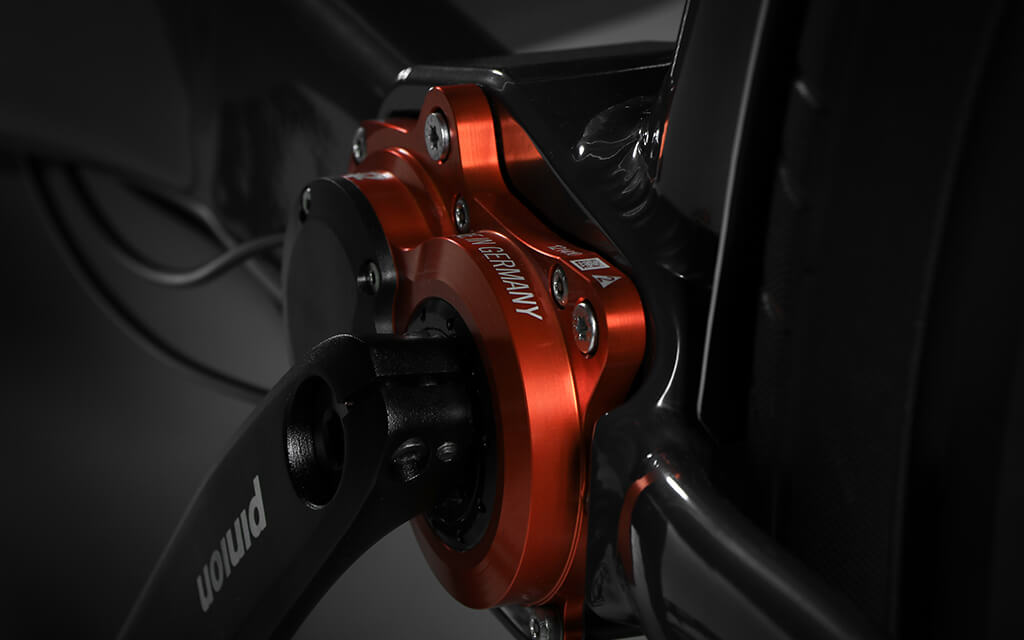 On his bike, Jaap opted for a 12-speed P-LINE gearbox with an orange anodized aluminum housing. In principle, the Pinion Bullitt cargo bike can be assembled with all transmissions of the P- or C-LINE. 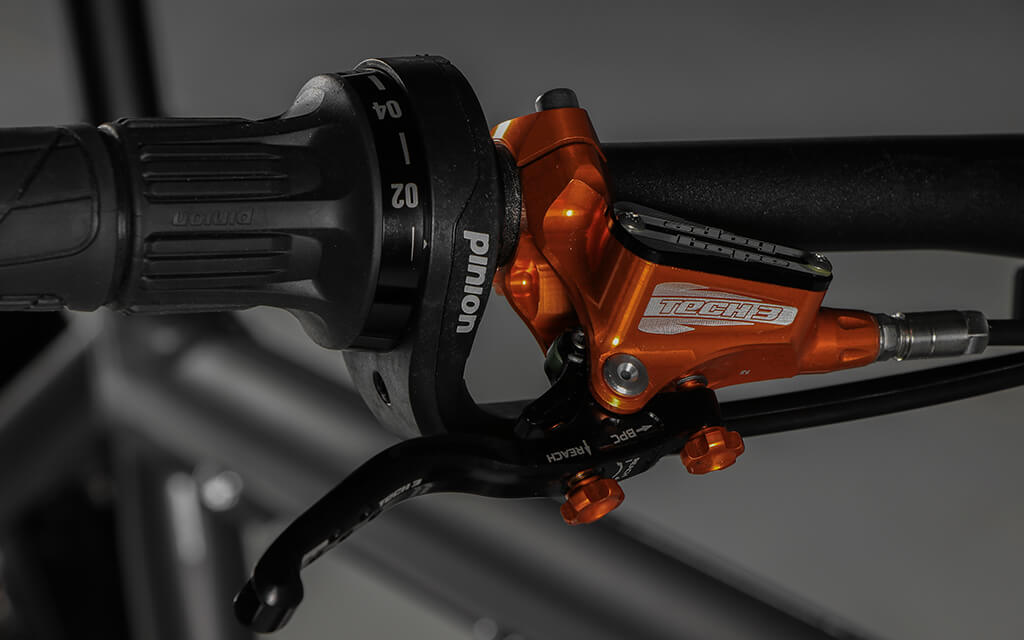 Shifting is done with the DS2 rotary shifter: one or more gears, when stationary or while riding. 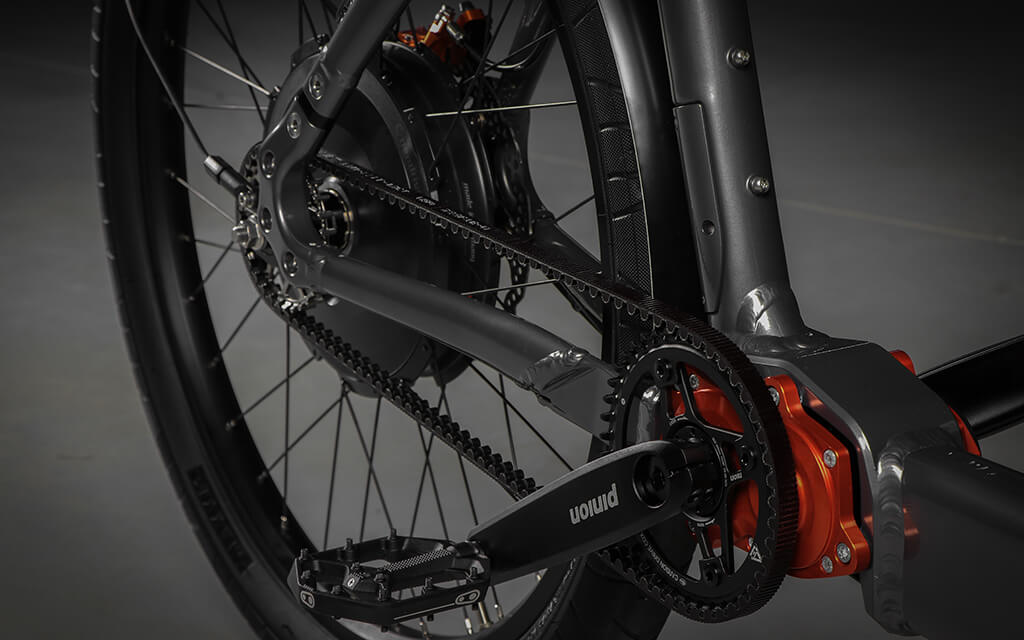 The silent rear engine from Neodrives provides gentle support. This harmonizes perfectly with the belt drive from Gates. 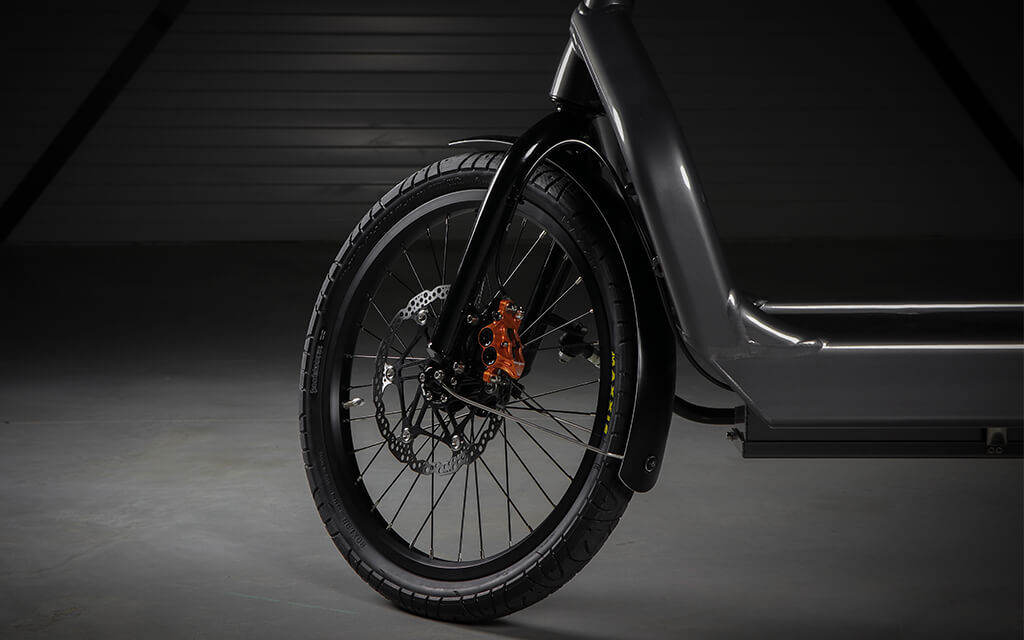 Cleverly hidden: The battery under the loading area offers a low center of gravity and rounds off the clear appearance without restricting the ground clearance. 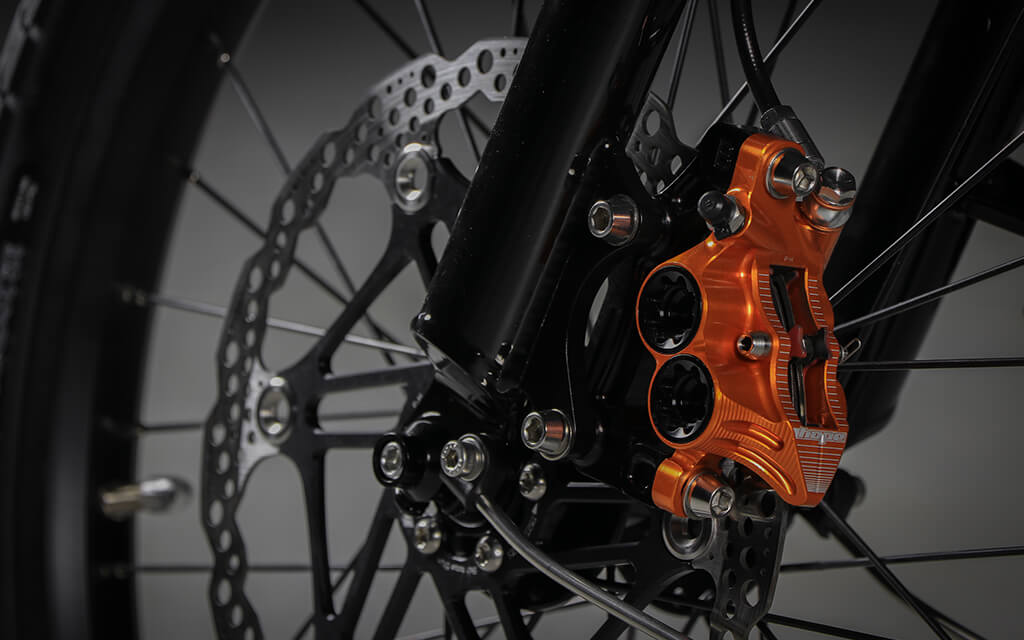 An eye-catcher are the hydraulic disc brakes from Hope: Matching the color selection of the Pinion gearbox, Jaap has chosen orange to add another color accent. 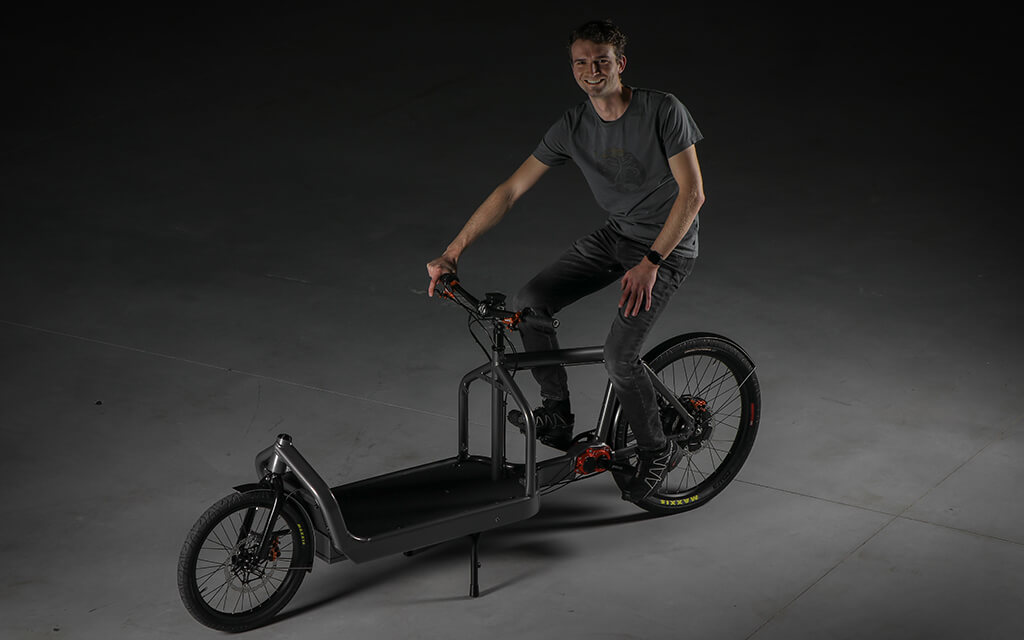 “After we had all the parts together, Norbert and I assembled the bike within one day. With 12 gears and the Neodrives rear engine it has more than enough power to get me to work in the same time as my car. With my Pinion eBullitt I just ride past traffic jams. And besides: There is nothing better than starting the day with a bike ride!”– Jaap K., Bullitt ePinion Customer

Bullitt-Bike.de offers the popular cargo bike of the Danish brand Larry vs. Harry of Bullitt exclusively with Pinion transmission. The model is available as analog cargo bike or electric bike. Bullitt-bike.de is at your disposal for the selection of the components and the individual configuration of your dream bike.