THE LIFESTYLE WAY
OF CYCLING 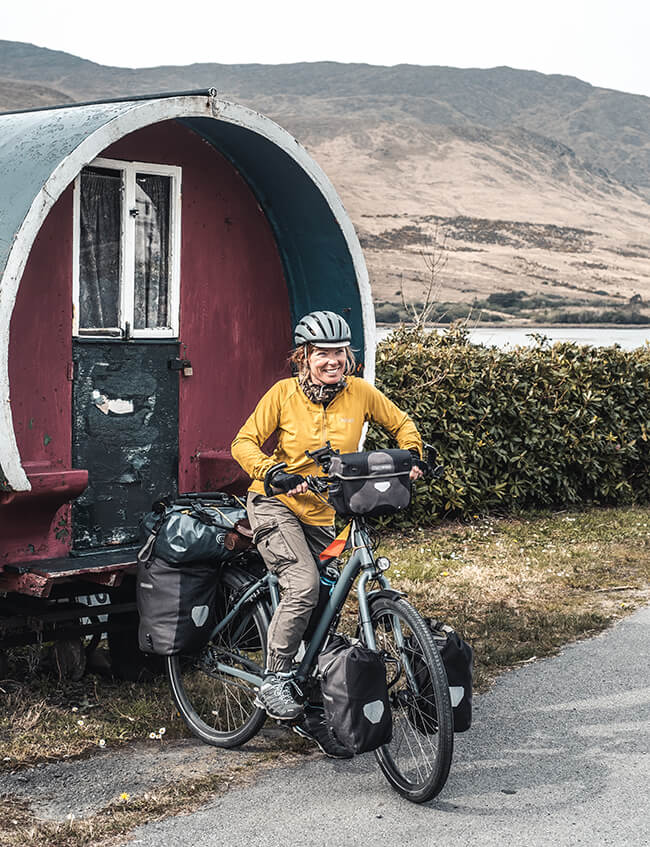 Linda and Dirk are not top athletes or record holders. They are simply enthusiastic cyclists from Belgium. For 10 years now, the two of them have been travelling on different routes within Europe. The two were inspired on a trip to Portugal, at that time without a bike. There they made the acquaintance of an elderly couple who told them about their annual cycling trips.

The spark was ignited! Enthusiastically, the two decide to get on their own bikes. They planned their first major tour in the Algarve. A two-week tour of 400 km. This is followed by trips through Spain, France and Italy – with more and more kilometres.

Soon they realise that travelling by bike offers them almost unlimited possibilities to discover the world: You travel in an environmentally friendly way, you can control your own speed, you are independent and free. When it comes to choosing materials, Linda and Dirk rely on two touring bikes from Santos, the touring bike specialist.

One of their last tours takes them to Ireland in April. A country that is known for fantastic landscapes, friendly people, nice pubs with live music, but also for a lot of rain…

PLANS ARE MADE TO BE CHANGED

Originally Linda and Dirk planned to finish their tour in Dublin. But while on the road, locals convinced them to visit so many wonderful places between Cork and Dublin, they threw their previous travel plans overboard.
They ended the current trip in Cork and decided to come back. They stored their bicycles with friends in Dublin for several months. In summer they returned to continue their trip to Dublin. As an encore they went back to Belgium via Wales and England… 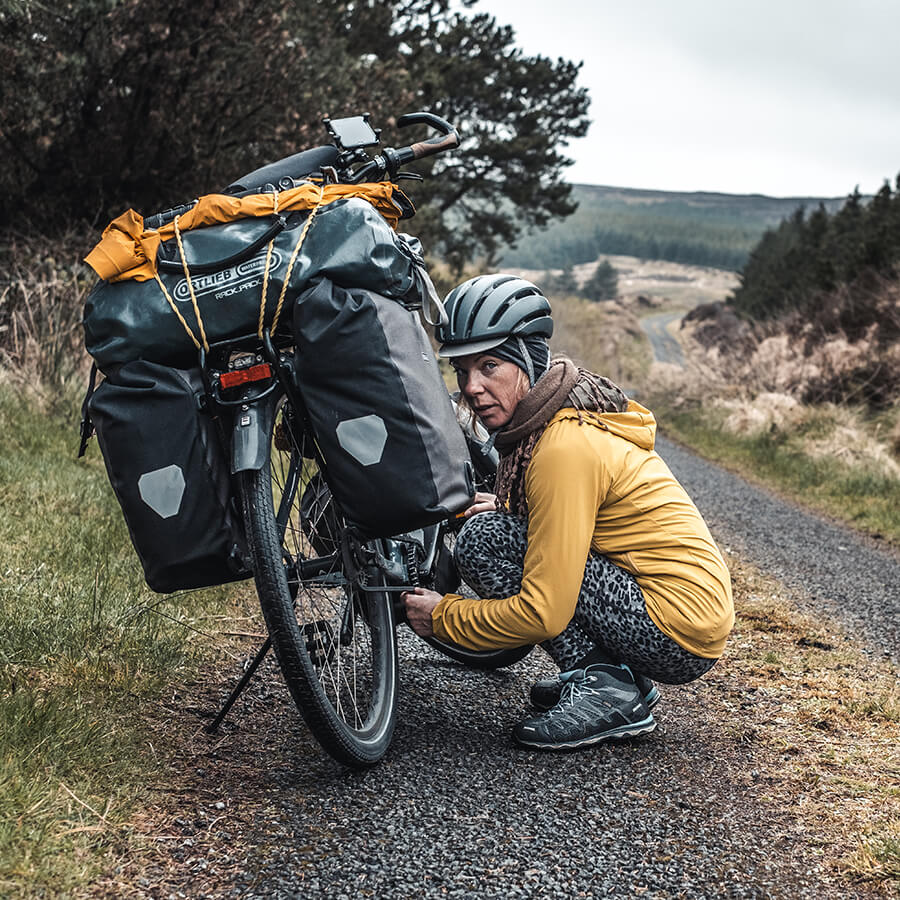 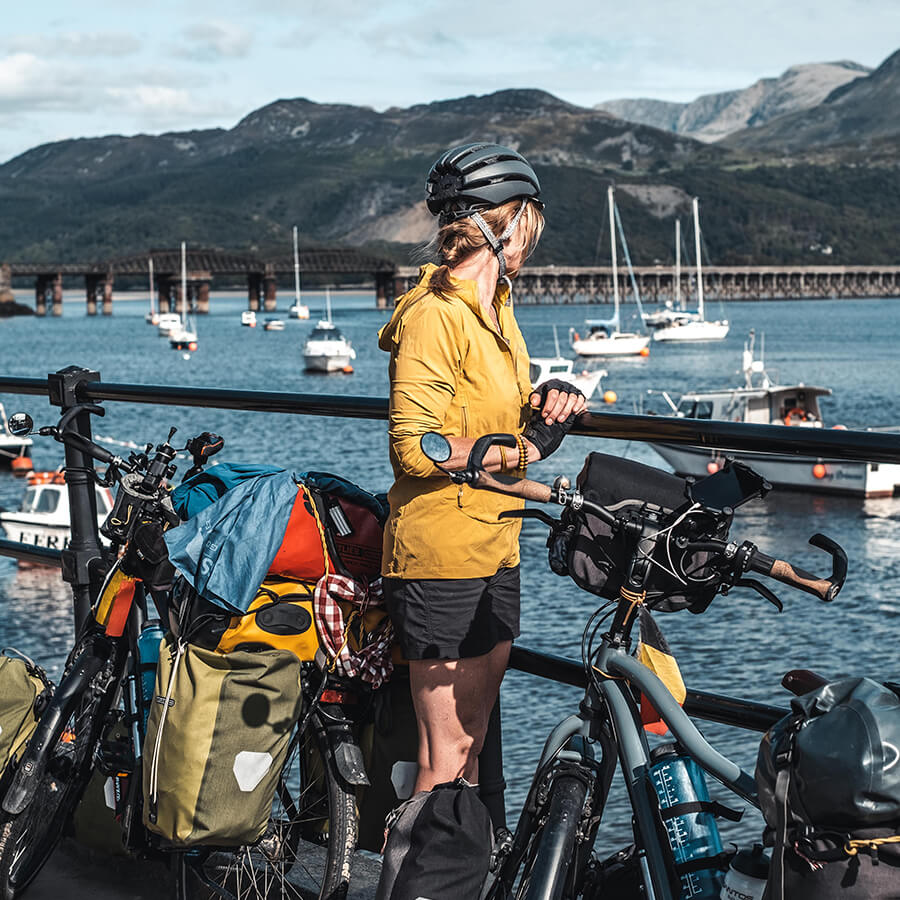 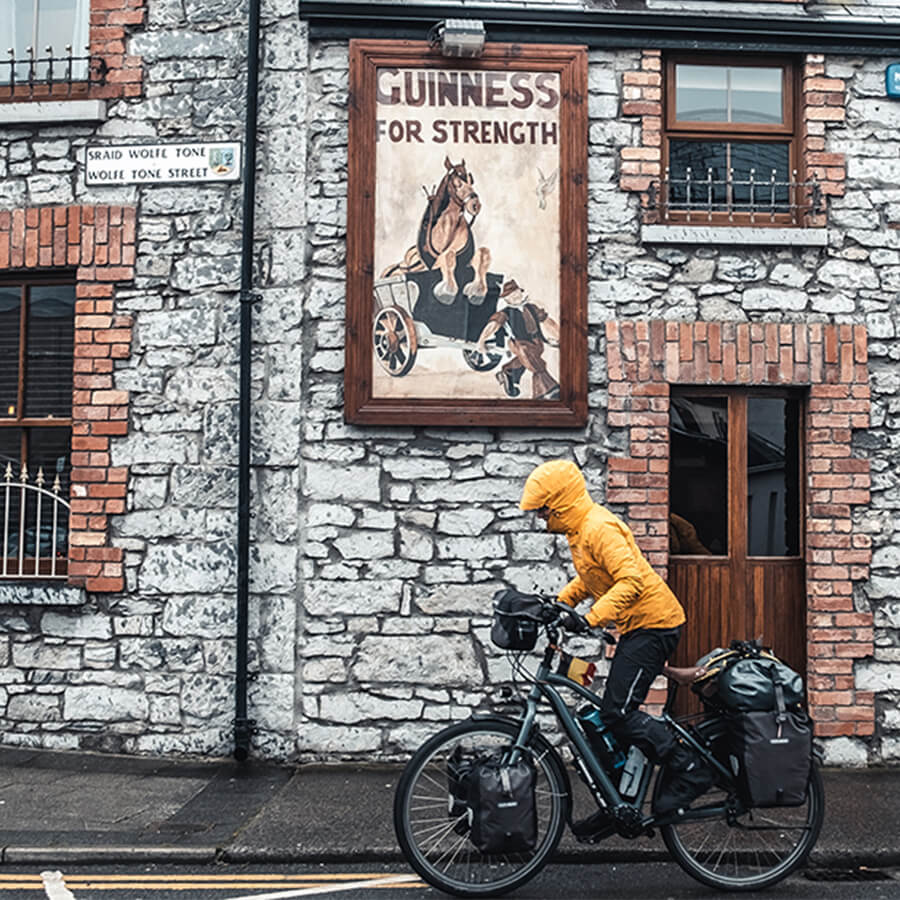 Linda and Dirk enjoy taking their time on the road. As passionate photographers they travel the world with alert eyes. Their collected impressions let us share at least a little bit and give a lot of inspiration to do the same.

So far, most of their cycling holidays have taken place in summer. In search of a winter cycling activity, Linda and Dirk started with mountain biking. So on their new adventures you will also meet Linda and Dirk at bikepacking!

Where are they currently? We do not know exactly!
More about Linda and Dirk’s travels and fantastic pictures can be found on Instagram and on their website.

In terms of the equipment Linda and Dirk make no compromises. They rely on touring bikes from the Dutch manufacturer Santos Bikes. At the company and production site in the Netherlands every bike is built by hand – Linda and Dirk like that. With the help of the configurator, they customize their personal dream bikes with 18-speed Pinion gearbox and Gates belt drive. 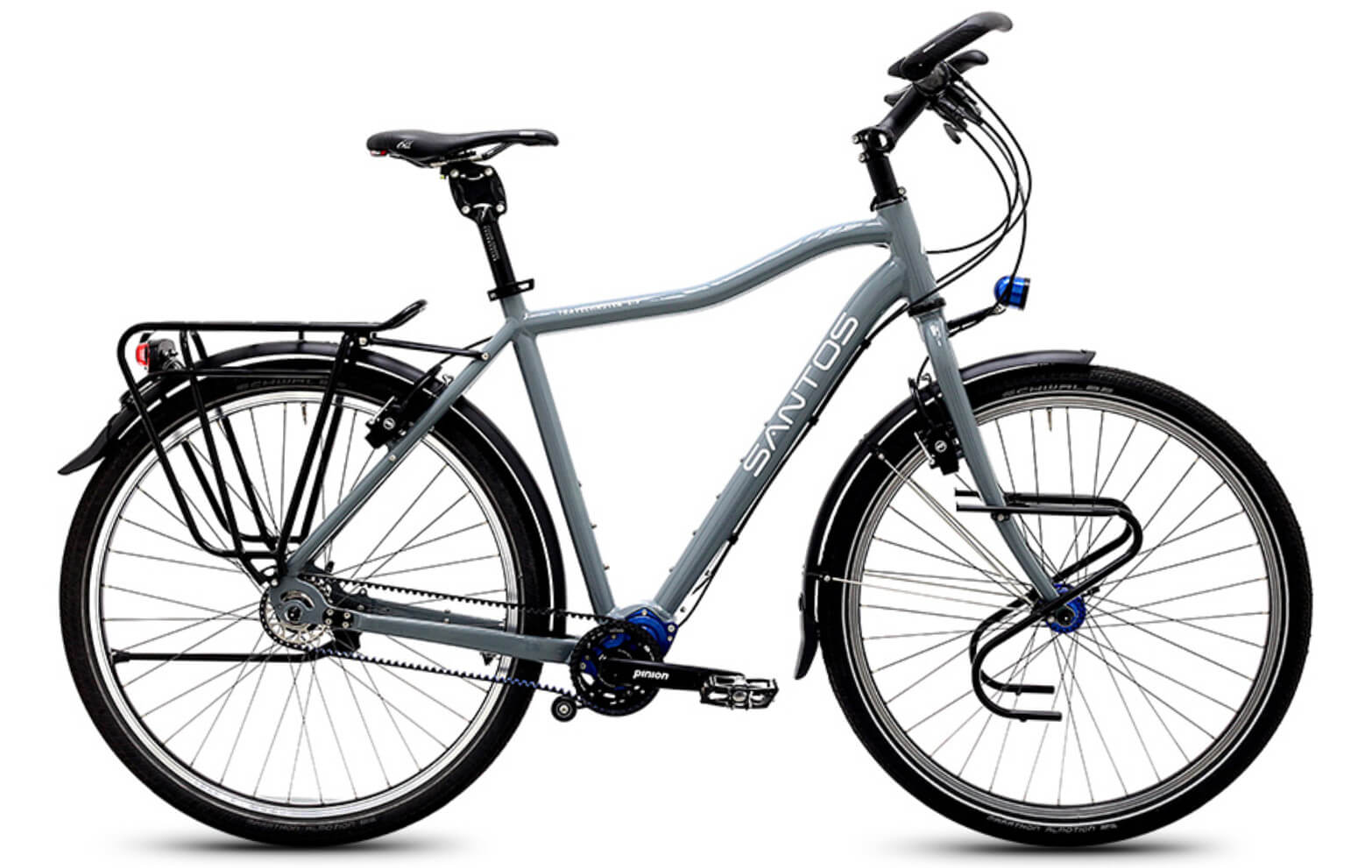 The Travelmaster 2.9 model convinces with its well-balanced frame geometry, so that even after many hours in the saddle you are still sitting comfortably… Regardless of the speed, the bike is stable even with a lot of heavy luggage. The Pinion gearbox delivers reliable shifting performance from the first to the last kilometer!